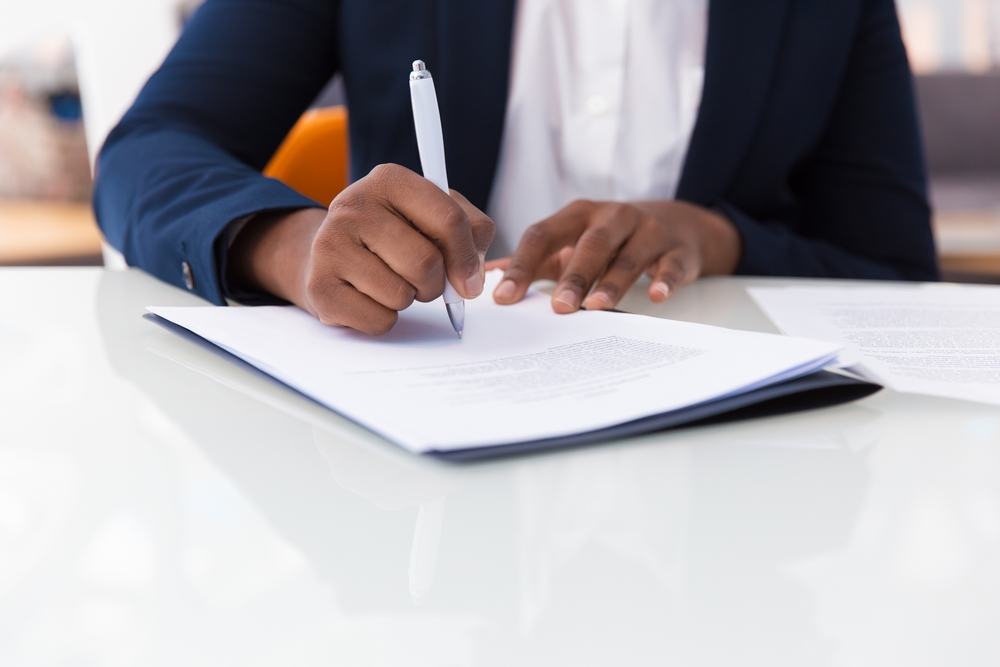 By Charmaine Koppehel3rd Mar 2022No Comments

It cannot be disputed that the ongoing COVID-19 pandemic has pressurised the legal profession to re-examine and reimagine certain legal positions. With the discovery of the new Covid-19 variant once more pressure and constraints have been placed on certain legal formalities and regulations in South Africa.

The legal question that this article aims to address with reference to the unreported decision of the Gauteng Local Division High Court in the case of Jennifer Ann Knuttel N.O. v Zobeida Shana (“Knuttel”) is whether an affidavit can be commissioned virtually and what the implication of this judgment is on the legal profession at large.

Section 10(1)(b) of the Justices of the Peace and Commissioners of Oaths Act 16 of 1963, provides for the Minister of Justice to make regulations prescribing the form and manner in which an oath or affirmation shall be administered, and a solemn or attested declaration shall be taken, when not prescribed by any other law. The regulations that were promulgated by the Minister in this respect are the Regulations Governing the Administration of an Oath or Affirmation, which were published under GN R1258 in GG3619 of 21 July 1972 (“the Regulations”). In terms of Regulation 3(1), the deponent shall sign the declaration in the presence of the Commissioner.

In Uramin (Incorporated in British Columbia) tla Areva Resources Southern Africa v Perle 2017 (1) SA 236 (GJ) (“Uramin”) judicial recognition was given to the relaxation of the requirement of person-to-person presence for the administering of an oath. Here, the court allowed video usage to lead evidence in a civil matter from witnesses who were abroad.  The Honourable Satchwell J administered the oath to the party virtually before their evidence were led.

The legal question before the court for purposes of this discussion was whether there was substantial compliance with the requirements for the commissioning of the oath to the founding affidavit. Here, the founding affidavit was not signed by the deponent in the presence of the Commissioner, which accordingly is in conflict with the Regulations.

The court, in determining this matter, looked at the legal position in the Munn case whereby the court held that the requirement of person-to-person presence between a Commissioner and a deponent is not peremptory, and can be relaxed upon proof on the facts of substantial compliance with the requirement.

The Court then held that the founding affidavit was sworn to by the First Applicant in the prescribed manner, albeit not in the physical presence of the Commissioner. The court further relied on the legal position set out in Uramin, whereby judicial recognition had been given to the relaxation of the requirement of person-to-person presence for the administering of an oath.

The court also made reference to the Canadian decision of Rabbat et al v Nadon et ar wherein the Superior Court of Justice – Ontario permitted the virtual commissioning of affidavits given the restrictions in place due to COVID-19. Here, the court held that any affidavit for use on the motion may be sworn electronically or by e-mail using any reasonable method by which the person commissioning the affidavit can be satisfied of the identity of the deponent, that the deponent has read and understood the contents of the affidavit and is solemnly swearing or affirming as the case may be. Pursuant to the aforesaid legal position, the Court concluded that there was substantial compliance with regulation 3(1) in the commissioning of the founding affidavit and that the affidavit had therefore been validly deposed to by the deponent.

Impact of the judgment on the South African legal fraternity

The reasoning adopted by the court in this matter is persuasive in nature albeit not binding on other divisions. Furthermore, it is important to highlight that the Gauteng local division, in this matter, did not participate in an exercise whereby they were developing our legal position. This position, as highlighted previously, was already trite in our law. The Court was merely giving effect to the already existing law.

This judgment therefore serves as a practical guide to legal practitioners and the legal profession as a whole when faced with similar circumstances. Litigants, however, should not use this judgment as a precedent to wilfully ignore the requirements prescribed by the Regulations for the commissioning of affidavits.  Where it poses great difficulty or even impossibility for litigants to comply with the Regulations, the Courts should adopt this pragmatic approach.

The legal position set out and confirmed by the Gauteng High Court, comes as a relief during these pandemic times whereby it is almost impossible for individuals to physically attend before a commissioner in order to avoid the spreading of the novel COVID-19 virus.