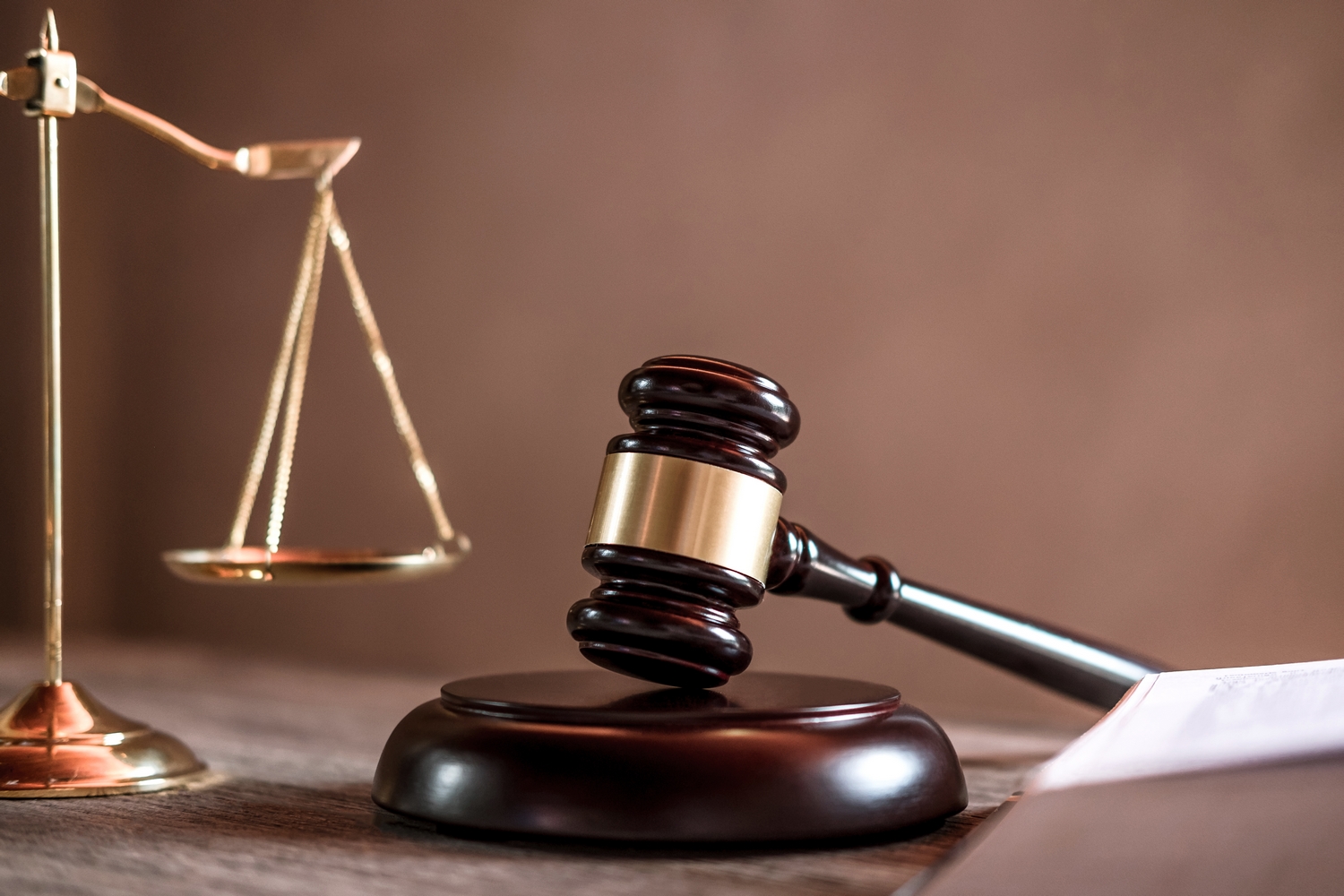 By Charmaine Koppehel25th Feb 2022No Comments

It would be hard to over-estimate the significance of a new Constitutional Court judgment for the more than 3 million people in South Africa who live together without being married.

The decision, handed down on the last day of 2021, will mainly affect a situation where one partner dies without making a will. But its comments and findings about life partnerships and their worth, as well as its sympathetic approach to vulnerable women who stay in a partnership out of fear or because the male partner is unwilling to get married, are also likely to be widely quoted and used by other courts. In fact, a high court judge has also already cited the decision in her judgment resolving the financial squabble of an unmarried couple that had decided to separate.

The central legal question that SA’s highest court had to consider here, was whether someone who had lived with, and cared for, a partner should be treated as a ‘stranger’ to the partner’s estate, with no claim against it, merely because they were never married.

And it was far from being a theoretical question. For at the centre of the legal dispute was a real person with an extraordinary story. Jane Bwanya, a domestic worker from Zimbabwe, began a ‘romantic relationship’ with wealthy businessman, Anthony Ruch, in 2014. The two started living together and were accepted as a couple by the friends of both partners. But when Ruch died in April 2016, it turned out that he had not updated his will: he had left everything to his mother, but she had died three years before him.

Bwanya, who, some time before his death had accepted Ruch’s offer of marriage, with a joint trip planned to her home country so that lobola negotiations could start, suddenly had nothing.

She made two claims against his estate, one for maintenance under the Maintenance of Surviving Spouses Act and the other for an inheritance under the Intestate Succession Act.

Both claims were rejected by the executor of Ruch’s estate who said that she did not qualify for the benefits she wanted under these two laws – and indeed, as the law then stood, she did not.

Faced with this closed door, Bwanya asked for the help of the courts. First, she approached the high court; but before the matter was finally resolved there, she and the executor, together with the others who were to inherit from Ruch’s estate, reached an agreement: she was given R3 million in full and final settlement of her claims against the Ruch estate.

Bwanya did not, however, withdraw her court action, and high court judge Penelope Magona went on to consider and rule on what she had originally asked for, namely an order declaring that sections of the two laws under which she was not recognised as a ‘surviving spouse’, should be declared unconstitutional.

In her decision on the question, Judge Magona said that she found sections of one of the laws challenged by Bwanya unconstitutional. As to the other law, the Maintenance of Surviving Spouses Act, the Constitutional Court had already made a finding on that question in the 2005 Volks case, and had decided the contentious sections were not unconstitutional. The high court was therefore bound by that decision.

It was a crucial moment in the litigation: if the Constitutional Court agreed to hear the appeal, as well as consider the high court’s judgment on unconstitutionality, it would give the judges the opportunity to re-consider the Volks judgment head-on.

Constitutional Court considers the challenge as it affects the vulnerable

Writing for the majority of the Constitutional Court in the resulting decision, Judge Mbuyiseli Russell Madlanga agreed to hear the appeal at the same time as considering the rest of the high court decision. He said that Bwanya’s challenge was very important and that it affected a number of South Africans, ‘particularly vulnerable women’.

What lay behind her challenge to both laws was the question of a ‘permanent life partnership’, an issue that had been dealt with by the courts over several years. Most recently, the Supreme Court of Appeal (SCA) wrote that while the courts had emphasised the importance of marriage and the nuclear family, it was factually true that the nuclear family had, for a long time, ‘not been the norm in SA.’

Cohabitation outside a formal marriage was ‘now widely practiced and accepted by many communities universally’, said the SCA.

All manner of families are worthy of respect

Commenting on the Constitutional Court’s attitude to this question, Judge Madlanga wrote that the court had a ‘predominant refrain’ and it was that ‘the manifestations of families are many and varied and all are worthy of respect and legal protection’.

But what about the 2005 Volks judgment? In its decision on that case, the Constitutional Court majority had found that while excluding permanent heterosexual life partners from the benefits of the Maintenance of Surviving Spouses Act might discriminate against unmarried partners, that discrimination was not ‘unfair’.

The implication of the majority in the Volks case was that heterosexual couples had the choice to marry; if they decided not to do so, they only had themselves to blame if they could not access the protections of the law designated for married people.

In his new decision for the majority of the Constitutional Court, Judge Madlanga challenged the idea that most people in long term unmarried relationships had the ‘choice’ whether to marry.

He said while he was convinced that Volks had been wrongly decided he could not say that it was ‘clearly wrong’. But this did not mean that he had to reach the same conclusion as in the case of Volks.

True, marriage and permanent life partnerships were ‘not the same’ – but what was the rationale behind denying life partners certain legal protection that was given to married people?

Here he made two important points.

The similarities, differences and the reasons behind life partnerships and marriages

First, in some respects – for example, reciprocal duties of support, loyalty, helping run a common household – permanent life partnerships were very much like marriages.

Second, there was sometimes no choice about whether to marry. While some opposite sex couples freely chose not to marry, many others found themselves in a different position.

According to evidence presented to the court many women had no choice about whether to enter, and stay in, permanent life partnerships (rather than marrying). The judges heard there were many reasons for this lack of choice: dependence of women and children on the financial power of men in relationships, where the man did not want to marry; women’s lack of bargaining power in the relationship; the mistaken belief that a permanent life partnership was a legally binding ‘common law’ marriage.

Commenting on this evidence, Judge Madlanga said that in a society so dominated by men such difficulties could be ‘expected’.

Women were often unable to move out of a ‘permanent’ relationship into marriage, and thus, he said, he could not agree with the ‘choice argument’ of the Constitutional Court in the Volks decision.

But this did not apply to every couple that did not marry, so the next question to ask was whether permanent life partnerships, ‘in and of themselves’, were ‘deserving of constitutional and legal protection’?

Relationships outside of marriage should not be penalised

The autonomy of couples to choose whether to marry or adopt ‘alternative lifestyles’, had to be respected and, quoting from another judgment, he said that the law should not ‘penalise or ignore’ relationships outside of marriage merely because they were ‘unconventional’.

Married people often failed to make wills thus not taking account of the spouse left behind, and this pushed the legislature to make a law that would protect the surviving spouse. Surely that concern applied equally to permanent life partners, the judge said, concluding that denying permanent life partners the maintenance benefit of the law amounted to unfair discrimination.

But could it be justified? No, because the original purpose of the law – to protect surviving spouses from destitution – was ‘not in the least thwarted’ if surviving life partners similarly in need were also included.

What about the problem of proving that a permanent life partnership existed in the first place? The judge said he did not see how this should still be an issue for the courts. As other benefits, previously only available to married spouses, had been gradually extended to unmarried partners, the courts had come to agree that problems of proving that such a partnership existed ‘were not insurmountable’.

And replying to a ‘possible view’ about giving benefits to unmarried partners that could previously only be accessed by married spouses, he said it was not clear how marriage would be given more ‘dignity’ by being legally unfair to those who were not married.

The challenge faced by the court in this case was ‘narrowly tailored’ to ‘address a specific need in a particular context,’ he said, ‘and that is in no way calculated to demolish, or detract from, the well-established institution of marriage.’

With the support of the majority of the court, he therefore found that it was unconstitutional to exclude permanent life partners from the Maintenance of Surviving Spouses Act. However, the judge added, it made no sense to restrict the benefits to heterosexual couples only and it should be extended to survivors in same sex life partnerships ‘as a matter of course’.

Lastly, the court considered the high court’s finding that the Intestate Succession Act was invalid where it discriminated against surviving partners who were not married.

Judge Madlanga said he agreed with that outcome and could not think of any basis on which the ‘unfair discrimination’ of this law against an unmarried partner, could be found reasonable and justifiable.

Parliament has been given 18 months to change the law

The final order, therefore, was that where the two laws excluded surviving partners in a permanent life partnership from benefitting, they were invalid. The court gave Parliament 18 months to fix the problem in the law. If Parliament did not do so, the court’s order would come into force, but it would not affect any estate that had been wound up in the meantime.