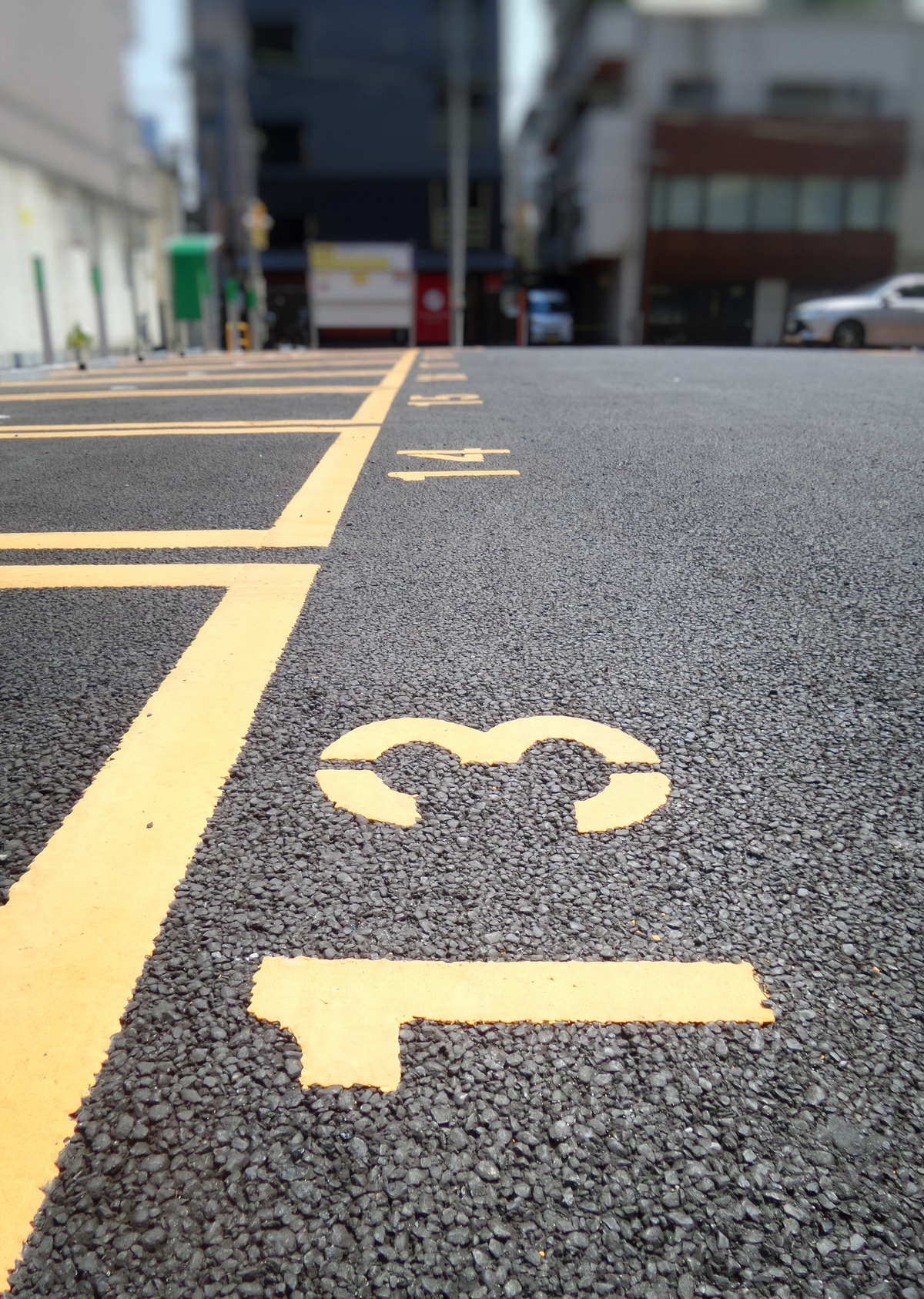 Court detective work unravels the puzzle: who has the use of a disputed Atlantic seaboard parking bay?

By Charmaine Koppehel7th Jul 2022No Comments

The owners of two luxury flats on Cape Town’s Atlantic seaboard have been engaged in a serious legal battle: who may use parking bay 19 in their development. Is it Unit 7 whose owners have been enjoying exclusive use for themselves or their tenants for many years, or Unit 11, whose owner put in a claim for the bay during 2019?

In a case that illustrates how important it is to have property law experts scrutinise documents before an offer to purchase is made, it turned out that there were no legal documents that proved the matter either way, so the court had to consider the evidence of various witnesses as to the history of the precious – and highly contentious – parking space and use those narratives to help arrive at a conclusion.

For a while after this judgment came out, there was a joke on the local legal Twittersphere: How does a reader know this is a matter set in Cape Town? It begins with the words, ‘This is a fight about a parking bay’.

And that’s exactly the case: Guido Rauch and Maeve Shamoon on the one hand were in dispute with Xandra Bolliger on the other, about the use of parking bay 19 (PB19) in the Bantry Bay sectional title scheme Florentia.

The development consists of 29 sections and common property. Sections 1 – 15 are simplex flats, sections 16 – 18 are garages, and the remaining sections are storerooms or domestic worker quarters. But in addition to the three individually owned garages, part of the common property in the basement and on the ground floor is set aside for use as parking bays. Among them is PB19. And the big dispute between Rauch and Shamoon, the applicants in this case, and Bolliger, the second respondent, is whether the owner of section 11 (Bolliger) or section 7 (Rauch and Shamoon) is entitled to use PB19.

A reader might have assumed that the answer to such a question should be obvious, either well-known to all the parties or easy to find out. Surely, the sale agreement would stipulate whether the flat was sold with exclusive use of a parking bay? Failing that, surely the deeds office would provide an answer?

It turned out, however, that the issue was far more difficult to resolve. And if the judgment shows anything, apart from the great importance of parking to developments along the Atlantic seaboard of Cape Town, it is this: if you are contemplating the sale or purchase of property, you should do so via an agreement that has been checked with a property law expert, someone who would carefully investigate details such as this.

The court investigates the history of the parking bay

The judgment, by judge Owen Rogers, then a member of the high court in Cape Town, but since elevated to the Constitutional Court, is rather like reading a detective story. Instead of basing his decision purely on ‘the law’, the judge considers the history of the use of the parking bay, and what historical evidence there is from any records like the AGM’s of the body corporate, that might indicate who was paying the levies for the disputed parking bay, and at what stage. There’s also evidence from previous tenants about when the parking bay was used and by whom. And, in something of a legal Hercule Poirot moment, all these clues and evidence are weighed up by the court to come to a final conclusion.

The year 2016 proved a key moment in the history of the whole dispute. This was the year when both Unit 7 and Unit 11 changed hands after many years of being in the possession of their previous owners.

When Unit 7’s previous owner died she left the flat to her great-niece. From this point on, until the flat was sold to the applicants, Rauch and Shamoon, it was administered by a Dr Scher, the father of the great-niece, the previous owner’s nephew. He kept good records, and also had intimate knowledge of his aunt’s affairs relating to the apartment during the years before she died, to which the court referred on several occasions.

Likewise in 2016, Unit 11 changed owner, and now Bolliger took over the property.

From the time of the sale of the two flats, there was no question that PB19 was for the exclusive use of Unit 7’s owners or tenants, and not for the use of Unit 11. But then, in April 2019, Bolliger instituted her claim for PB19 and the legal dispute formally began.

The strong case of the monthly levies

Amongst the strong evidence produced in court, it could be seen from minutes of a body corporate AGM that, as early as the mid-1980s, Unit 7 was paying levies for PB19, while Unit 11 was not responsible for any parking bay levies.

Other research by Rauch and Shamoon showed that, from 1975, Unit 7’s owners used PB19, a fact confirmed by Scher. The judge notes that later events point strongly to the likelihood that, throughout the period from 1984 until his aunt’s death in 1998, PB19’s monthly levies were paid by the owner of Unit 7.

From 1998, Scher himself took over the administration of Unit 7 on behalf of his daughter and so could explain, first hand, about paying the levies for PB19.

And amongst other evidence that the judge took into consideration was confirmation from a previous tenant of Unit 7 that she used PB19 for the entire period of her tenancy.

There was also evidence that when Rauch and Shamoon were originally shown Unit 7 before they bought, the estate agent pointed out PB19 as the parking bay allocated to Unit 7. They told the agent that they would not buy the flat without a parking bay, and they were given the assurance that PB19 was for the exclusive use of the owner of Unit 7. This information about the exclusive use of PB19, was ‘almost certainly’ given to the agent by Scher. They also requested, and were shown, a copy of the levy statement payable in respect of PB19.

Deed of sale refers to exclusive use of a parking bay

Further, the deed of sale between the previous owner and the applicants identified one ‘covered parking bay’ as an exclusive use area linked with Unit 7, and, said the judge, ‘in context this must have been intended by the seller and the buyers as a reference to PB19.

Once they took transfer, the applicants were charged and paid the levies for PB19, right up to April 2019 when Bolliger said that she had the right to use PB19.

The judge then pointed to several other instructive facts: Throughout argument of the matter in court, Bolliger did not claim that PB19 was used by Unit 11 or any other owners or tenants other than those associated with Unit 7; she did not provide a copy of the deed of sale in terms of which she had bought Unit 11 in 2016, but her counsel agreed that the court could ‘safely infer’ that the deed of sale did not identify any parking bay being linked with Unit 11. As the judge noted, if Bolliger had believed she was buying a flat which came with the right to the exclusive use of PB19, she would surely have asserted the right to use that parking bay as soon as she took occupation of Unit 11.

So how had it happened that PB19 ended up being for the exclusive use of Unit 7, given that it had started out, when units in the development were first sold, as being allocated to Unit 11?

The court speculated about a number of possibilities, and spelled out the primary contention of the applicants: they suggested that it was most probable that, at some stage before December 1984, the original owner of Unit 11 must have transferred her right to the exclusive use of PB19 to the owner of Unit 7, even though there is no record of this.

And, said the judge, while Bolliger did not disclose anything of the negotiations behind her purchase of Unit 11, ‘it is clear, from the fact that she did not lay claim to PB19 until April 2019, that nothing led her to believe that the owner of Unit 11 had the right to the exclusive use of a parking bay.’

The clear facts were, according to the court, that when the applicants and Bolliger bought their units in 2016, nobody (and this includes Bolliger herself) believed that PB19 was attached to Unit 11.

Judge Rogers then gave Bolliger a week to remove any vehicle that she or her tenant had parked in PB19 – and ordered her to pay the applicants’ legal costs.