Testamentary Capacity and the Golden Rule

By Charmaine Koppehel17th Jun 2022 No Comments 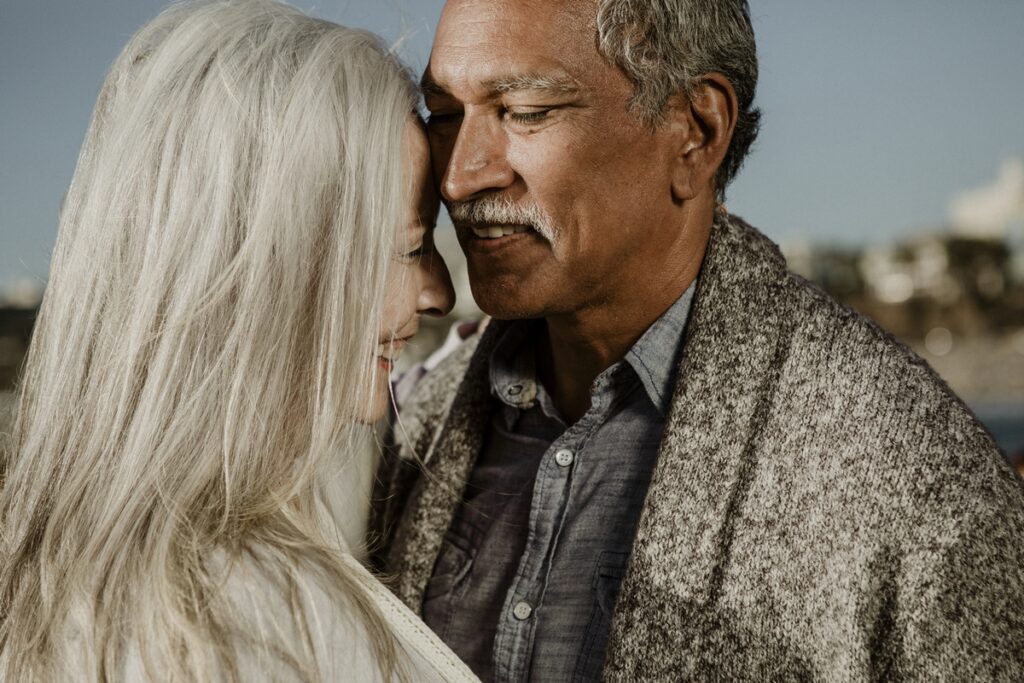 In the law of succession, every person enjoys what is known as ‘freedom of testation’. As the Constitutional Court recently explained in King NO and Others v De Jager and Others 2021 (5) BCLR 449 (CC): freedom of testation ‘entails the testator’s right to dispose of her estate as she pleases in a will, provided the disposition is lawful and is not contrary to public policy’.

In other words, a testator is free to dispose of his property in a will as he deems fit, subject to certain restrictions. These include statutory restrictions that, among other things, inhibit a testator’s freedom to disinherit minor children and surviving spouses. But they also include the common law restriction that a testamentary disposition, to be enforceable, must not be ‘contrary to public policy’.

According to recent case law, whether a testamentary provision is contrary to public policy depends on whether it is inimical to constitutional values – a question which is itself beset with great normative and legal uncertainty. During the pre-constitutional dispensation, the courts were loath to interfere with bequests that were capable of being carried out, even if the bequests were palpably discriminatory in nature.

Yet now that public policy is rooted in the Constitution, testamentary provisions which fall foul of our Constitution’s equality and non-discrimination imperatives – in that they infringe the right not to be unfairly discriminated against on a listed ground such as race, gender, or birth – are liable to be struck down. And courtesy of the judgment in Wilkinson and another v Crawford N.O and others [2021] JOL 50211 (CC), this applies to all testamentary provisions, be they public or private in nature. It appears, then, that as the law stands, freedom of testation never permits the breach of the right to equality.

That said, freedom of testation is still a principle capable of justifying unpalatable results. Indeed, subject to what has been said above, if a testator wishes to disinherit his wife or children, the law as it currently stands will protect, rather than intrude upon, his right to do so. As the court explained in King:

The fact that a testator may have decided to exclude some of her children from inheriting her property does not, without more, amount to a breach of the Constitution or public policy. Nor does the fact that she may have bequeathed the property to them in unequal shares or had decided to disinherit all her children. The Constitution does not oblige testators to treat their children equally. So long as what she had done, in disposing of her property by a will, does not constitute unfair discrimination, it is permitted by freedom of testation if she had acted within the law.

To put the point differently, while our law may forbid unfair discrimination in a will, it does not otherwise mandate equal or fair treatment among beneficiaries. Accordingly, determining whether a will is valid, and thus whether a testator’s far-reaching allocative powers are of full force and effect, is a matter not to be taken lightly.

A longstanding principle in our law holds that a will, complete and regular on its face, is presumed to be valid until the contrary is proved. A valid will is one that complies with certain formalities prescribed by s2(1)(a) of the Wills Act and, in addition, was made by a testator or testatrix who, at the time, had both the requisite legal intention and capacity to do so.

What is testamentary capacity?

The remainder of this article deals with the last requirement, known as ‘testamentary capacity’, which is codified by s4 of the Wills Act. According to s4, every person aged 16 years and older is presumed to have the capacity to make a will. This presumption can be rebutted, however, provided the person alleging incapacity can prove as much on a balance of probability i.e., that it is more probable than not that the testator lacked capacity at the time of executing the will.

In Naidoo NO and Another v Crowhurst NO and Others [2010] 2 All SA 379 (WCC), the Western Cape High Court reviewed a long line of case law on the subject and helpfully summarized the main elements of the test for deciding the question of testamentary capacity.

According to Breitenbach AJ, a testator will have the requisite capacity if, at the time of making the will, he was capable of doing three things, namely: (i) comprehending the nature and extent of his property, (ii) recollecting and understanding the claims of relations and others upon his favour and upon his property, and (iii) of forming the intention of granting each of them the share in the property set out in the will or excluding them from any share of his property.

Crucially, whether or not the testator was capable of the aforementioned mental tasks is essentially a question of fact – although, to recall, an affirmative answer is presumed in favour of the testator’s capacity by dint of s4 of the Wills Act. Therefore, allegations of incapacity that rely for their proof on the mere fact ‘that the mental capabilities of a testator are reduced below that which they were, either because of disease or because of infirmity or for some or other reason’, will be insufficient to rebut the statutory presumption of capacity. Put differently, the fact that a testator suffered from a medical condition that can impair human cognition to a considerable degree, is not proof that the testator thereby lacked capacity, or more specifically, that he was incapable of performing mental tasks (i), (ii) and (iii) in terms of the test set out in Naidoo.

To establish testamentary incapacity, often what the courts require is time-bound evidence – preferably medical evidence in the form of a physician’s opinion – that the testator lacked capacity immediately prior to or at the time of making the will. The more time that has elapsed between any one medical assessment and the testator’s purported execution, the less evidential value will attach to the former, for the simple reason that such assessment is less likely to reflect the testator’s state of mind at the time he executed the will.

This is particularly true of medical evidence of conditions that induce periodic delirium or confusion – alcoholism, drug overdoses and dehydration, for example – but which are capable of improvement through treatment or the lapse of time. An interesting exception to the need for time-bound medical evidence is where a testator has been diagnosed with a chronic neurodegenerative disease prior to, or soon after, the purported execution. Such a diagnosis, especially if it rules out the possible return of a lucid interval, may prove conclusive of incapacity.

In Meyer v Meester Vrystaat Hoë Hof (29 July 2010; unreported case no. 452/10), for example, the testatrix was diagnosed with moderately severe Alzheimer’s a month after she had executed a new will. The court found that, based on the irreversible and degenerative character of the disease, the testatrix would have lacked capacity to execute a will at the time she purported to do so. Nevertheless, the facts will differ from case to case, and because the enquiry is essentially a factual one, no hard and fast rules can be laid down. Complex questions in the law of evidence may arise if, for instance, there are conflicting medical accounts of the trajectory of a testator’s neurodegeneration.

The issues surrounding testamentary incapacity and its proof can become highly technical. As the case law shows, the will-making abilities of testators are frequently contested in virtue of cognitive impairments that arise from conditions such as stroke, dementia, and chronic illness. But the law is exacting in terms of the nature and strength of the evidence required to rebut the presumption of capacity, and allegations predicated on old age and its accompanying frailties are never enough.

Of course, difficult conversations arise when a loved one who is frail, dementing or ill begins to make decisions that seem erratic and inconsistent with their core value system. Whenever there are doubts about a testator’s capacity to execute a will, or even suspicions that such capacity might be assailed by others in future, it is advisable to adhere to what is known in English estate law as ‘the Golden Rule’. Lord Templeman, who established the rule but ironically failed to heed it before his own death, explained the rule in Kenward v Adams [1975] CLY 359 as follows:

In the case of an aged testator or a testator who has suffered a serious illness, there is one golden rule which should always be observed, however straightforward matters may appear, and however difficult or tactless it may be to suggest the precautions be taken; the making of a will by such a testator ought to be witnessed or approved by a medical practitioner who satisfies himself of the capacity and understanding of the testator, and records and preserves his examination and finding.

In order to avoid protracted and acrimonious disputes over testamentary capacity, testators in their golden years should consider applying the Golden Rule when executing their last will and testament. 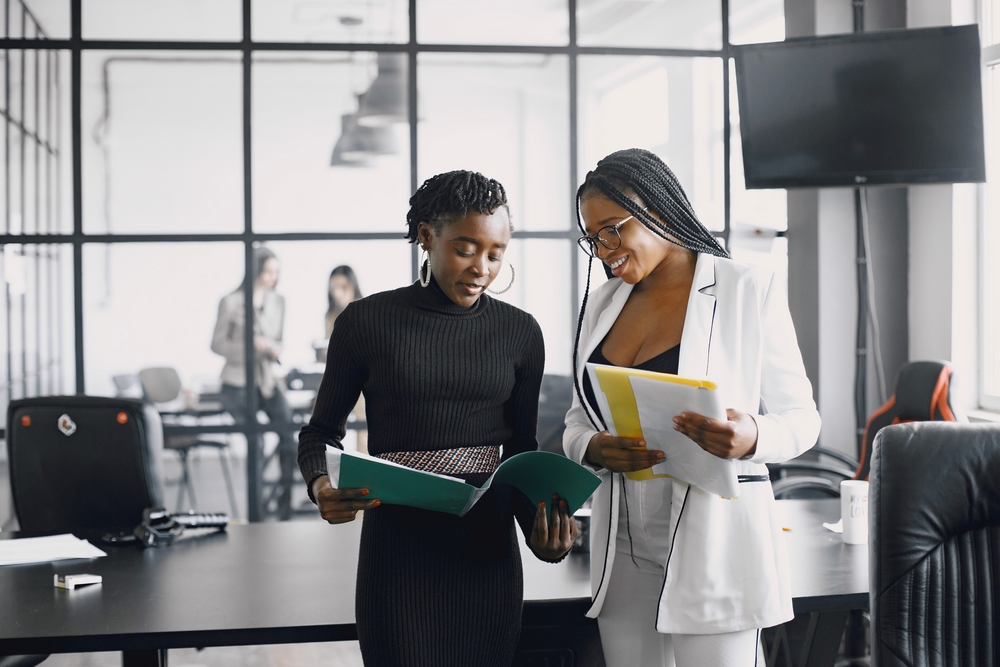