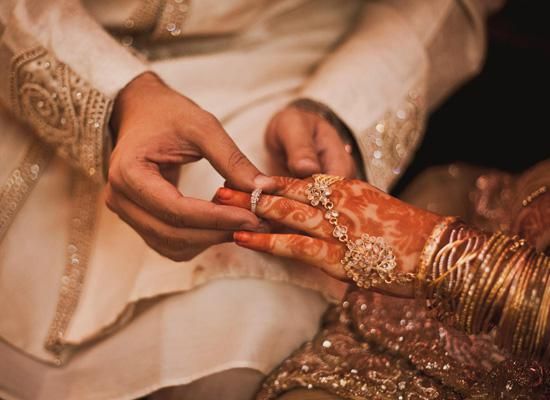 By Kirsten Quinn23rd Jan 2023No Comments

On 28 June 2022 in a long-awaited and much anticipated judgment, the constitutional court (CC) in Women’s Legal Centre Trust v President of the Republic of South Africa and Others [2022] ZACC 23 declared the Marriage Act 25 of 1961 (Marriage Act) and the Divorce Act 70 of 1979 (Divorce Act) to be inconsistent with sections 9, 10, 28, and 34 of the Constitution in that they fail to recognise marriages solemnised in accordance with Sharia law (Muslim marriages).

This matter first appeared before the Western Cape High Court in December 2014, when three applications were consolidated. The Women’s Legal Centre Trust (WLCT) filed an application, claiming that Parliament, the President, and Cabinet failed to protect, promote, and fulfil the rights enshrined in sections 9(1), (2), (3), and (5), section 10, section 15(1) and (3), section 28(2), section 31, and section 34 of the Constitution by failing to pass legislation that recognises and regulates Muslim marriages.

The second application entailed the plight of Ms. Faro, whose constitutional challenge is part of the consolidated application, who had objected to the winding up of her deceased husband’s estate as the Master of the High Court did not consider her the surviving spouse of her deceased husband’s estate and, as such, could not inherit. As a result, she was not recognised as the deceased’s spouse under the Intestate Succession Act or as a surviving spouse under the Maintenance of Surviving Spouses Act. Ms. Faro approached the high court to set aside the order of the Master and sought an order declaring Muslim marriages valid for purposes of the Marriage Act or, alternatively, an order declaring that the common law definition of marriage be broadened to include Muslim marriages. Rogers J. upheld the relief relating to the recognition of Ms. Faro as a surviving spouse for purposes of the Intestate Succession Act and the Maintenance of Surviving Spouses Act and deferred the adjudication of the constitutional matters pending the filing of a further affidavit by the Minister of Justice and Constitutional Development.

Ms. Esau, whose matter was the third part of the consolidated application, approached the high court for an interdict to prevent the Government Employees Pension Fund from paying out 50% of her husband, Mr Esau’s, pension interest, pending an action to be instituted by Ms Esau for payment of that portion of the pension interest to her. She also sought an order declaring that the failure by the state to prepare legislation recognising Muslim marriages discriminated against Muslim women and was therefore inconsistent with the Constitution.

The state parties argued that particular provisions of the Marriage Act and Divorce Act were not inconsistent with the Constitution and that there was no obligation on the state to initiate and pass legislation to recognise and regulate Muslim marriages.

Dramatic turn during the hearing at the Supreme Court of Appeal

Once the matter reached the SCA, the state parties finally admitted, after years of litigation submitting the contrary, that the Marriage Act and Divorce Act were inconsistent with sections 9, 10, 28, and 34 of the Constitution.

The SCA had to decide on three issues, whether the state had an obligation to bring into operation legislation to recognise and regulate Muslim marriages, whether this was in line with the Constitution, and the retrospectivity of the interim relief, i.e., how far back in time will the order be effective from. The WLCT wanted the court order to include Muslim marriages that were validly concluded and subsisted on or after 27 April 1994.

The high court and Supreme Court of Appeal (SCA) found that the failure to recognise Muslim marriages infringed on the rights of women and children born of Muslim marriages. Section 28 of the Constitution provides for the protection of children and states that the best interests of the child are paramount. A result of the lack of recognition of Muslim marriages was that children born of such unions were not provided with the same automatic court supervision (and intervention by the Office of the Family Advocate) that is afforded to children born of civil or customary unions. The SCA found that the lack of recognition of Muslim marriages resulted in discrimination on the grounds of religion, marital status, and gender. The SCA confirmed that the Marriage and Divorce Act is inconsistent with the Constitution and the common law definition of marriage and referred the declaration of constitutional invalidity to the CC. The SCA did not grant any retrospective effect in terms of the order granted.

It was precisely the absence of retrospective effect that led the WLCT to appeal to the CC leading to finality being reached on the constitutionality of these long-standing issues. The CC had to decide three issues: whether the constitutional invalidity of the Marriage and Divorce Act should be confirmed whether the retrospective effect of this order should be limited, and whether the state is obligated to enact legislation recognising and regulating Muslim marriages.

The CC emphasised that even though women in Muslim marriages legally have the option to register their marriages but choose not to do so, that does not mean they deserve any less protection than women whose marriages are registered. What we often find is that women in these situations have limited agency to make important decisions such as this, and often the women are forced by their husbands and societal norms to abide by whatever decision the husband makes. As the CC accurately pointed out, this is often due to the disparity in the respective bargaining powers. An additional consequence of this inequality is that, as the WLCT submitted to the CC, when assets are acquired during the marriage, they are done so in the husband’s name. As seen in the Faro matter, Muslim husbands can obtain a Talᾶq, which is a unilateral divorce, resulting in women being without adequate safeguards regarding marital property. Advocate Nazreen Bawa SC, arguing for the WLCT, submitted, “We are asking the court not to close the door on women. Give them the option to exercise their rights. Without this relief, women, who have historically been deprived, will continue to be deprived.” Advocates arguing for the President and Justice Minister argued that the state did not believe that there was an automatic right or obligation for it to recognise marriages in South Africa, let alone regulate it.

In previous cases that dealt with Muslim marriages, one of the views expressed by the court as to why Muslim marriages should not be recognised was that there was the potential for polygamous Muslim marriages. The irony of this is that African customary law, which has been recognised for decades in South African law, recognises polygamous unions in various cultural practises through the Recognition of Customary Marriages Act 120 of 1998. This hypocrisy further highlights how Muslim women and children were not treated equally before the law. As a result, Muslim women in polygamous marriages faced additional differentiation and discrimination, especially where one of the marriages is concluded civilly, giving one spouse greater rights in law.

As the CC emphasized, this case and its decision should not be interpreted as an opinion or indictment of Sharia marital law’s constitutionality, because the question before the court had nothing to do with Sharia marital law’s constitutionality, and the court refrained from any doctrinal entanglement, being able to decide the issues before it without doing so. The confirmation of the SCA’s order extending the definition of the common law to include Muslim marriages is a much-needed step towards all women being able to enjoy the equal rights they are entitled to in terms of the Constitution.

Parliament has 24 months (from the date of the CC judgment) to amend existing legislation or enact new legislation to ensure the recognition of Muslim marriages as valid marriages for all purposes in South Africa and to regulate the consequences arising from such recognition. Already six months have passed, and it is not apparent that Parliament is engaged in this process at all. In relation to the interim relief sought, the WLCT was partially successful in that although the CC did not extend the interim relief to marriages that existed as at 27 April 1994 as was sought, it went further than the SCA, providing (1) spouses whose marriages existed as at December 15, 2014, being the date when the action was instituted in the high court, and (2) spouses who at that date had already terminated their marriages under Sharia law but had pending legal proceedings with recourse to the Divorce Act. This would permit a redistribution of patrimonial assets in a manner that is just and equitable. The provisions of the Divorce Act hence apply to all Muslim marriages, and where they are concluded out of community of property, recourse may even be had to section 7(3) of the Divorce Act for purposes of claiming a redistribution. In this regard, spouses of Muslim marriages are afforded the same remedies as spouses of civil marriages. This would also extend to polygamous Muslim marriages, hence Muslim women married in polygamous marriages are no longer left remediless and the compounded prejudice they previously experienced would be eliminated.

Where to from here?

Although the CC also ordered the Department of Home Affairs and the Department of Justice and Constitutional Development to publish a summary of the court order widely in newspapers and on radio stations, very little has been done in this regard. To date, as far as can be ascertained, very little has been done to alert Muslim women of these remedies now available to them.

It is imperative that the significance of this judgment be stressed, and one can only hope that more Muslims, both men and women, become aware of the judgment and its impact on their lives and rights and remedy their situation. One can further hope that Parliament uses the judgment as a basis to ensure the protections afforded by the CC and does not once again regress under pressure, as appears to have been the case when it previously abandoned the Muslim Marriage Bill, without any regard to the discrimination and suffering being experienced by Muslim women and no appreciation of the fact that Muslim children were being treated as of lesser importance than other children.